Introduction To Fishing In Legion

Today we are here to actually discuss the master tutorial called 'Fishing Mastery in WoW', and all that you need to know about fishing in the current expansion, Legion.

Why did I create this tutorial on World of Warcraft fishing? 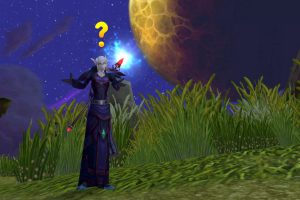 Why Fishing In World of Warcraft Legion?

Well, upon popular belief that fishing cannot be profitable, it’s really boring, or it’s really hard to level up and blah, blah, blah, all those things are usually lazy people just talking out off their rear-end.

What is fishing in Legion?​

Fishing in Legion if used properly can be highly lucrative profession that can get you the following:

You can gain all those benefits, while doing something else like TV shows or streams, burning time between que pops, or eating a big fat carne asda burrito, really whatever you want to do, you get the point.

This is because fishing in WoW requires like almost no attention.

All you have to do is hear for the water to whoosh, you need to click your mouse and that’s all you need to do.

Well before we come to conclusions, let’s talk a little bit about it.

These are all the questions we will be talking about in this guide.

So first and foremost, the artifact weapon for fishing is called the Underlight Angler. It’s a weapon that is a fishing pole that provides all the stuff that your normal artifact offers except a tiny bit different.

To gain Underlight Angler artifact weapon you have to meet the following requirements:

With this artifact weapon, instead of getting damage, you’re getting fancy stuff while fishing.

For example, teleportability from pool to pool, transforming into a shark when you want to swim super-fast underwater, getting the whole pool in one cast, even fishing some rusty old boots! (good stuff I know)

I’ve actually tested this stuff. It’s not really only gray boots. Sometimes you can get green and blue boots. It’s my personal belief that you can also get rare, epic, and even legendary boots for your class.

So next thing we’re going to talk about is, baits.

Remember back in the days you have to use baits to increase fishing skill?

Well, this has all changed and I will explain more in great detail shortly.​

So now let’s jump into the basics.​

It is used to increase your chances of obtaining a rare bait.

This bait can be bough with drowned mana from a guy called Conjurer Margoss. He is located on the an island just North of Dalaran.

To get to him you can either fly to him or those without the flying ability you will have to head to the sewers in Dalaran to purchase Emblem of Margoss which will teleport you to him. ​ 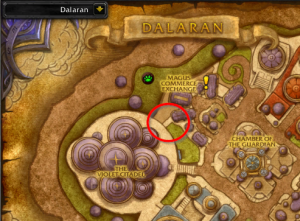 Where you buy the Emblem of Margoss

Note that this small island isn't shown on the map of Dalaran - it is outside of the bounds of the in-game map (therefore coordinates are not helpful!)

Of course there’s an option to buy drowned mana at the auction house for a lot of gold. So for those who want to save some gold, you can always fish it yourself at the island where there is a pool of water on it from which Drowned Mana can be fished up.

Lets continue on the subject of baits.

Rare baits are the next thing you should know about.​

Let me give you an example.

You will have all the different types of rare fishes around Legion as well as baits, specifically 3 in each zone, 3 rare baits, 3 rare fishes and all of them are giving you the same stuff and will complete your quest to gain the fishing artifact.

Here are the best coordinates and the exact name of the rare bait you need to catch each rare fish.

Before reaching 800 fishing, you will gain 5+ skill from every rare fish caught. After reaching 800 skill cap in fishing you will get artifact instead. The artifact you get from each successful catch is about 50+ artifact.​

Quick Note - Keeping the rare fish before you reach level 800 fishing won’t transform into artifact. So, use them when you are leveling up because it will only hep you level up quicker.​

OK. So, this is the very basic stuff you need to know about fishing in Legion.

The next guides about fishing 1 to 800 in just 5 minutes, how to get maximum artifact fast, what are the best gold farming methods with fishing, & much more!